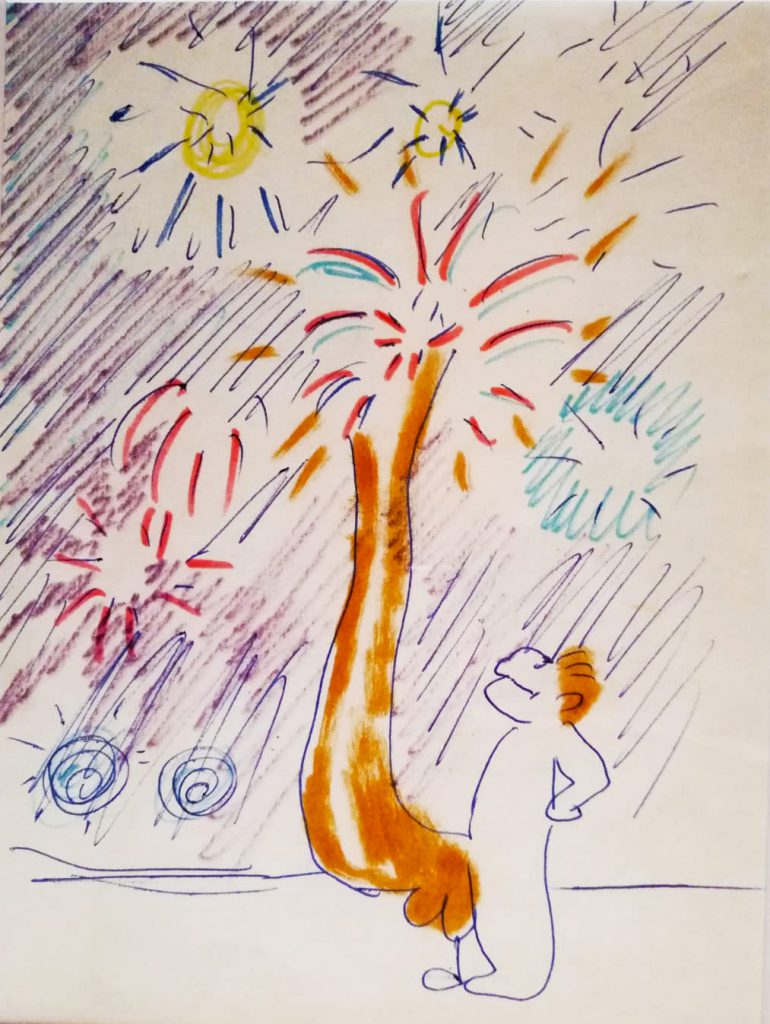 42 drawings on display at the Fellini Museum made by Federico Fellini during the production of the film Il Casanova. The only thematic collection (apart from Il libro dei sogni) in the director’s vast graphic production

The 42 small plates exhibited here show the other face of Fellini’s eroticism, the male side, embodied in a sequence of characters that dialogue with their own sexual alter ego, always enormous and oversized, known affectionately with the English nickname, Prick. There is a Prick in a wheelbarrow, and one on a motorbike; there is a Christmas version and a regal version, a proudly telescopic version, and also an unfortunate floppy version; there are also two bold swordsman pricks, and many, many more portraits that make up a super-personal male bestiary by Fellini…

What emerges from these caricatures is a humour that is both crepuscular and popular, common and melancholy, reminiscent of the dreamy atmospheres in the strips that Fellini drew for satirical reviews in his youth: “Il 420”, “Il Marc’Aurelio”, Il travaso”, “Il travaso delle idee” and “Il Bertoldo”.